Warmer Weather after 6" of Rain 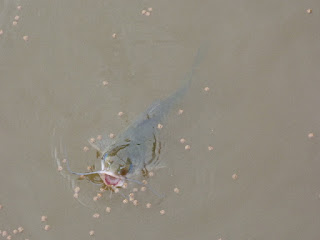 The catfish were really hungry this morning after all the rain we had Saturday.  The water was dingy but this did not stop them from finding the food. 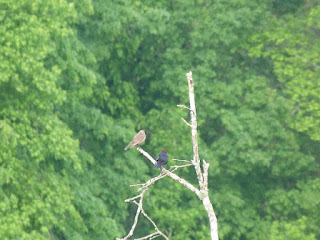 These two birds, one male and one female, are called cow birds.  These birds followed the buffalo when they traveled across most of the United States and this caused these birds to develop strange habits. They are the only birds in the U.S. that use the nest of other birds to lay their eggs and allow other birds to raise their young.  These habits were developed because the buffalo was always on the move and they were following them and could not raise their young.  They were photographed in our pasture.