Last week on September the 15th a forestry tour was held on Dewberry Lands.  The purpose of the tour was to see forest roads that had water diversions added and to see a stream crossing designed by NRCS engineers that had been installed.  On the tour other topics about forest management were incorporated.  People attending ranged from as far north as Cherokee County and as far south as Autauga  County.  There were between 50 and 60 people in attendance.  This was a joint project between several groups: Dewberry Lands (Lamar and Felicia Dewberry), Coosa Valley RC&D, Alabama Tree Farm Committee, Alabama Treasure Forest Association, Alabama NRCS, Alabama Soil And Water Conservation Committee, Clay County Forestry Planning Committee, Alabama Forestry Commission, and the U.S. Forestry Service.
The Project was a great success! 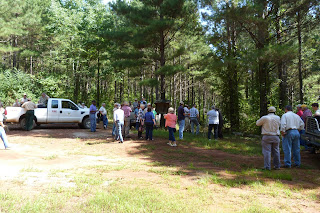 First stop in a 21 year old pine stand that had prescribed fire used in it.  Wildlife management was also discussed. 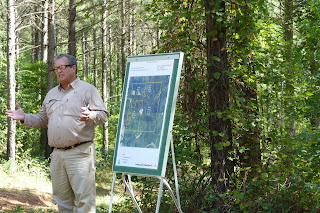 A map was used to give the visitors a better understanding of the property while speakers spoke. 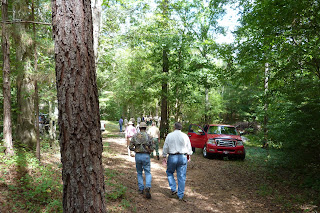 The weather was delightful for the tour, a beautiful September day. 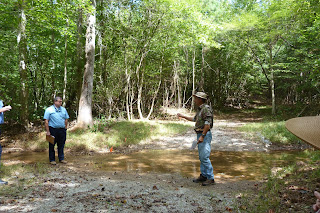 The main focus of the tour was a recently constructed stream crossing designed by one of the  NRCS's engineers. 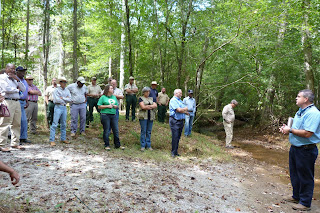 Details were given on how the crossing was constructed and about the requirements for soil and water quality in a construction site. 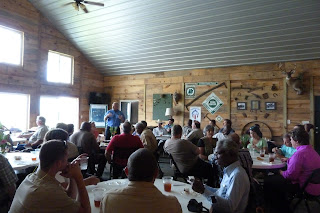 After the outdoor tour participates enjoyed a very good catered meal with good fellowship and discussion. 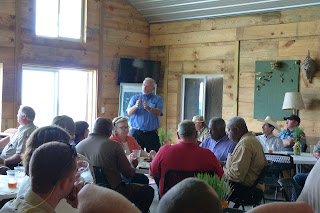 Dr. William Puckett, the new Director for Alabama Soil and Water Conservation Service and former State Conservationist, spoke about the importance of landowners and conservation efforts. 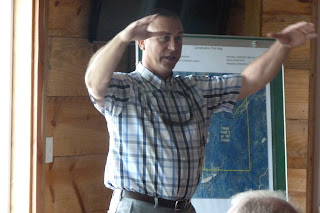 Curt Simon, the acting NRCS State Conservationist, was introduced and gave a presentation about NRCS Programs. 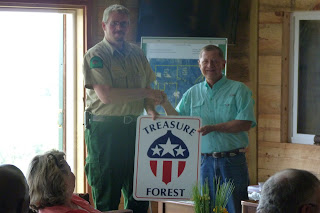 At the conclusion of the program Nick Jordan with the Alabama Forestry Commission, made a presentation to Ron Dewberry of his sign as his forestland having been recently certified as a Treasure Forest.


Posted by Dewberry Lands, LLC at 2:48 PM No comments: 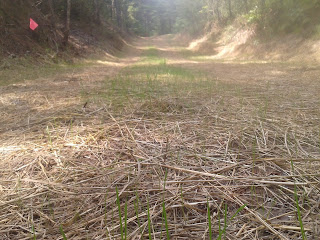 The grass has started to germinate here where we have completed installation of water diversions on this stretch of road .  Seed were planted, fertilizer applied and three large round bales of hay were scattered to control erosion and then the rains came.
Posted by Dewberry Lands, LLC at 2:20 PM No comments:

Happenings Around Our Woods 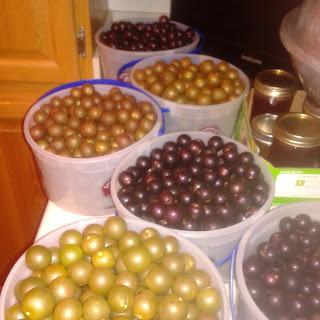 Muscadine picking, that was one of the things going on on Dewberry Lands yesterday.  These are going to be used in jelly and muscadine syrup.
Lots of rain, that has been the weather the last several days.  Below are the results from all this rain. 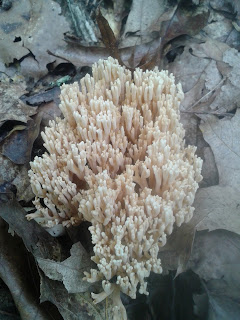 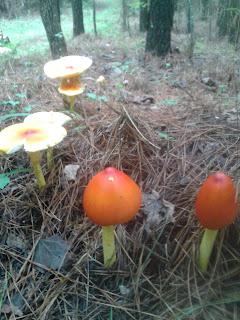 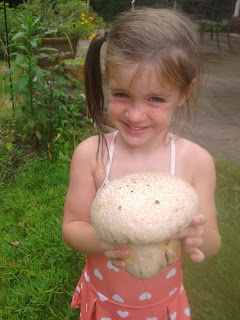 Eden with a giant puff ball.  She was impressed.
Hiking sticks for James and Selah.  They got out and found some cedar poles and made them hiking sticks with their own design. 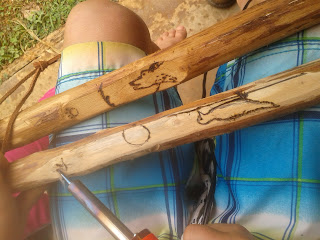 James is all about wolves and he encouraged Selah to have a woodpecker carved on hers. 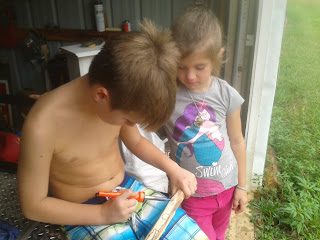 Our artist is at work with a wood burning tool decorating their sticks.

Other information added to awards.

Posted by Dewberry Lands, LLC at 2:11 PM No comments: