Deer Season Is On 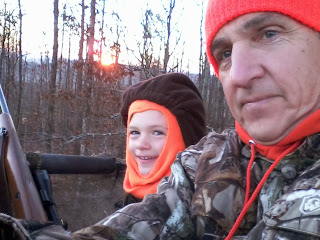 This morning my grandson was able to go hunting with his dad and I.  This is what it is all about!  He was so excited about getting up early and getting in the woods.  Can you tell?.  We sat in a tripod. (Try sharing a tripod with a seven year old.)  It was cold and frosty and you might think we would not see anything but it was just the opposite.  We first saw a doe and a yearling then we watched three coyotes just off our property and not able to shoot them.  We then watched ten turkeys fly down and feed in one of our green fields. Later James was with his dad watching for deer.  We then saw five deer as we rode back home.  We saw 14 deer 20 turkeys, and three coyotes.  James had a blast and is already asking when he can go again.

Two days earlier, Thanksgiving morning, it was cold. 16 degrees.  I wanted to back out but I knew it was a good morning but this cold this early, I am not use to it. 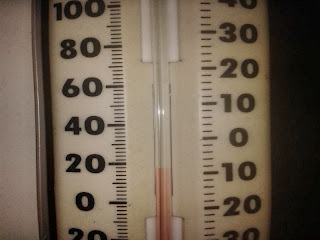 There was still a good bit of snow on the ground from two days before.  It was like January but such a beautiful morning. 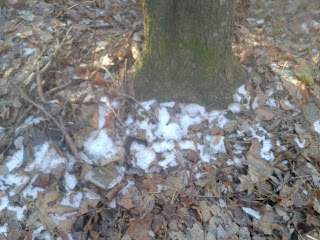 Nathan got a nice eight pointer that morning that was in the longleaf pines.  The deer weighed 185 pounds. 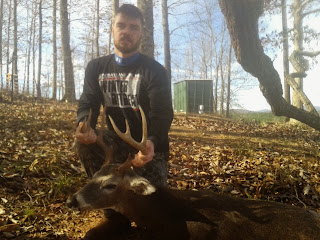